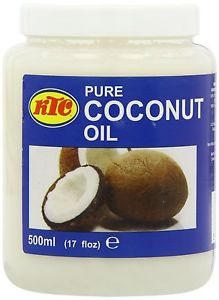 If you catch up with me regularly you will have seen April is my clean living month! Well I can tell you it didn’t start off well. The first couple of days of April I did manage to reduce my caffeine levels massively, start oil pulling for a minimum of 10 minutes each morning and I also introduced body brushing (I realised summer was approaching and my thighs may have to been seen out in the real world). All was looking good until I was hit with a bug.

Since giving up gluten a few years ago my immune system has been top notch but after my husband suffered for a week with a horrible cold bug I eventually and inevitability caught it as well. So followed two days off work, and a week of feeling like I had been beaten with the poorly stick. I did however persist with the oil pulling.

So a quick how it works:

Well interestingly a bug that took my husband almost two weeks to get over only lasted about 5 days for me. I also was saved the terrible coughing up green stuff that he seems to get, instead I just had the sore throat.

After each go my mouth did feel really clean and my teeth seems to have a nice shine.
Over the week my skin has improved, I have less blemishes and have a much needed glow. I feel less nasal when I wake up, I usually have to blow my nose but there doesn’t seem to be any build-up of mucus.

Other effects might be harder to spot under the fatigue and general crapness that is being ill. I am now continuing on to week two. I’ve read a lot about the long term effects of oil pulling which mainly centre around whiter teeth, better breath, sleeping better and cleaner skin. Although I have yet to come across a lot of scientific research there is a general consensus that oil pulling really can make a difference to certain things so watch this space…

This lovely yoga gratitude pack is going from one

Ok next question and I think I know the answer....

Chakras and prana (energy) fascinate me and I love

Its mental health awareness week so I'm going to s

Over the past week I have witnessed the two extrem

Me and #yogagnome have teamed up with the gorgeous

Thank you to everyone who joined me for lunch time

Want to send someone a little love and gratitude!

Working yoga mama! Got to love a bolsters multi us

My mala beads have made a reappearance, I thought

My goodness @kejdouglas two years since we did our

So excited about sending out the first batch of gr

Scroll back to top