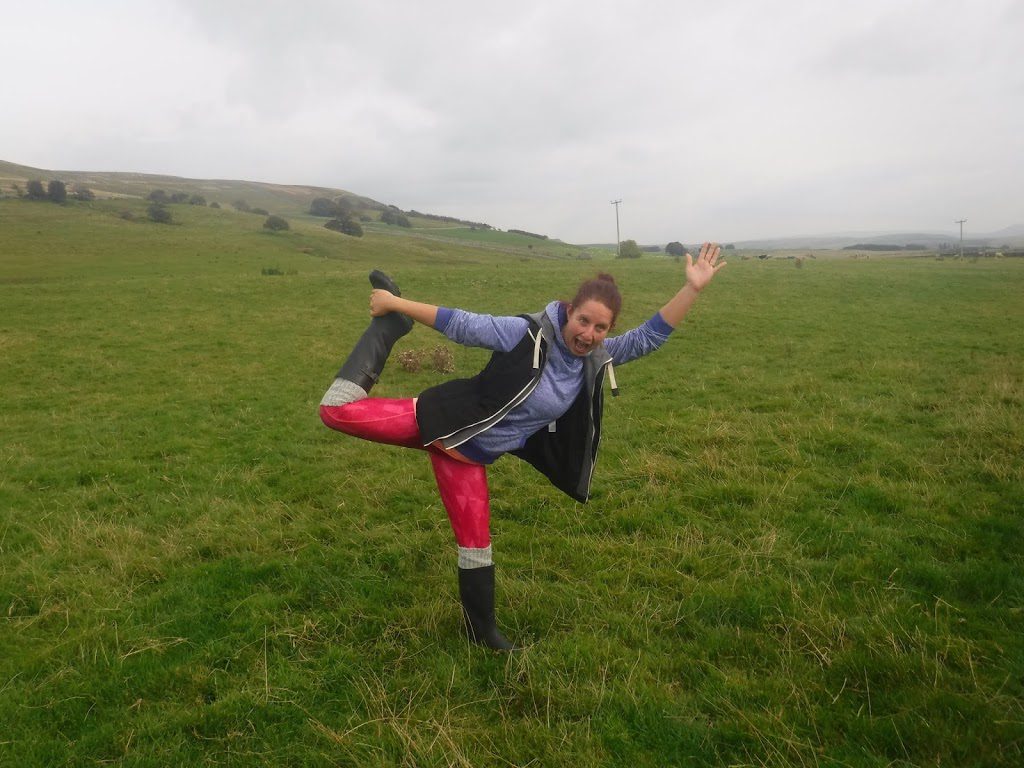 I signed up to this weekend yoga retreat back in July after doing some searching online and finally finding a nice looking retreat north of Watford that didn’t cost the earth. I subsequently roped in 3 of my closest friends to join me for a weekend of yoga, relaxation, meditation and wine!
We arrived at Penrith at 5pm on Friday, the cottage was an instant hit, snuggled in the valley and surrounded by picturesque rolling hills. The fact that we were shown to two twin rooms was also a huge plus point, we all love our friends but it’s nice not to have to share a double bed with the ones that wiggle all night!
Tara and Leonnie were already there and there were some nice smells coming from the kitchen which was encouraging! We were encouraged to relax, do our own thing, there was no real formal plan. We helped ourselves to a selection of tea and made our way to the main living room next to a crackling fire. Slowly others arrived and settled in with us on the sofas, there was a nice mixture of ages, cultures and yoga abilities, this is one of my favourite things about yoga weekends; you never know who you’ll meet!
Dinner was a delicious vegetarian treat, there was plenty for seconds and even thirds. The evening was relaxed with people milling around, chatting and playing games. It was early to bed for me after a long week at work though.
Saturday morning started at 7am, I got up to have a nice brew before our chanting session at 7.30. Not everyone joined the early start but we had a good group in the circle. The main living room was emptied so we had enough space and despite the chill outside we are all cosy.
There were two options for the yoga and two different start times (which swapped on the Sunday) I opted for the earlier starting jivamukti yoga as I don’t like eating before a class, and I fancied the more vigorous exercise.
Tara is a passionate teacher and not afraid to correct your poses and be hands one which I always like. I prefer to be given some physical realignments rather than just being allowed to struggle on in the wrong position. Tara also uses some botanical aids in the form of a rubbing cream on your back, the smell was invigorating and soothing at the same time.
Post yoga we had a nice breakfast although the lack of Gluten Free bread for me was a little disappointing. We had a few hours to ourselves before a walk at 1pm which was led by both Tara and Leonnie. Lunch was provided in the form of veggie filled bun (or baps, cobs, rolls, whatever you call them), a drink and some flap jack.  The walk was a lovely jaunt through the Penrith countryside, and we were lucky to have a lovely dry day.

When we returned a couple of us decided to use the sauna to walk up the aching bones ready for yoga nidra. Now the sauna was a little snug, 4 people at absolute max would fit in there. The size added to the charm and we had a good giggle whilst slowing baking ourselves. Once we were out it was time for showers, comfy clothes and a yoga nidra. This was done in two rooms and led by a recording which was a little different to what I have experienced before. It was a traditional yoga nidra and although I have to admit I nodded off for about 10 minutes at the bringing I did find it effective.  I was imagining myself walking through a forest, seeing animal, visualising shapes and smells. At the end I had experienced something quite unique that I would like to try again.

Not a bad stroll for emergency chocolate!! Just ne

Hope your first day back is going amazingly!! Le

Our new(ish) membership includes - over 100 hour

Tonight!!!!! Menopause yoga for a new moon. Just a

LOCAL HONEY!! I am so lucky that our new nextdoo

It's not all sunshine 🌞 Sometimes the kids won

Cleaning the studio! Oh yes more of a family affai

Loving the vibes of my new home! #hayfield

The yoga family waiting patiently for our studio t

Lessons from a tree 🌲 toddler.... Wobbling is

Scroll back to top